Between 2013 and 2016 BPEA has been involved in a project with Murdoch University. The BPA Project involved five schools in a southern corridor region of Perth. Three large high schools introduced a Big Picture Academy within the larger school while two smaller schools have introduced a whole school orientation to the Big Picture Education design. Two other schools - not in the same region - were connected to the project because of their longer history with BPEA and the leadership and influence they could provide the other participating schools. Murdoch University provided significant government funding for the management and implementation of the project with a focus on the training and development of the teachers and leaders involved.

A Big Picture Academy Research Project was created in parallel to the BPA project. The research focused on three main questions:

A mix of methods was used to gather information: Ethnographic case studies,  surveys and a Research Circle for teachers and leaders from 2014 to 2015.

You can see in the attachments below three types of research products:

Research Briefs: overviews of aspects, approaches and findings from the research

Papers: papers that have been written and published as a result of the research.

The BPA Project - and the associated BPA Research Project - were part of a much larger project funded by the federal government called MAP4U or Murdoch’s Aspiration and Pathways for University Project. MAP4U sought to develop sustainable programs that would grow the number of eligible, willing and able students to attend university in this particular region of Perth. 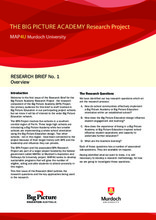 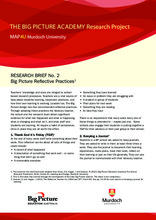 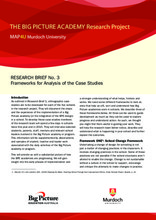 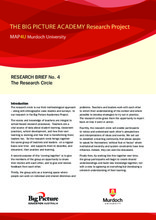 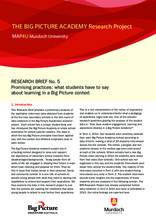 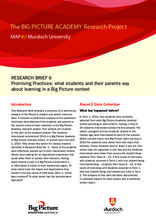 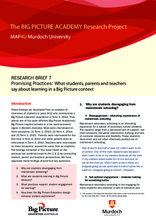 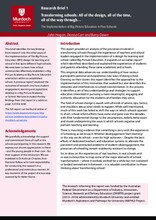 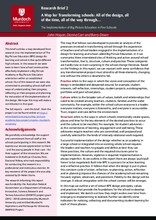 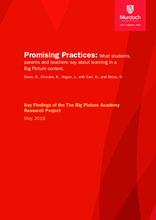 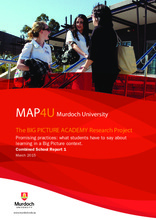 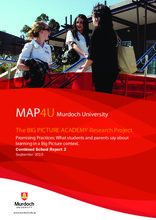 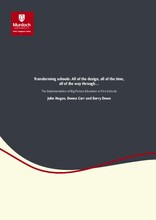 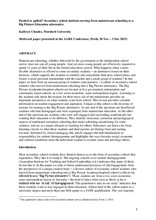 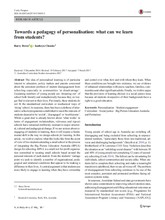